Ben Smith, Stuart Fleetwood, Luke Graham, and Josh O’Keefe have been added to the list of names appearing at Westfields on Sunday, March 22nd, for Steve Guinan’s charity fundraising game.
There will be an auction after the match for memorabilia including a signed Fans Team shirt, signed Carl Froch boxing glove, James Milner signed England shirt, and signed shirts from Steve Guinan’s personal collection. 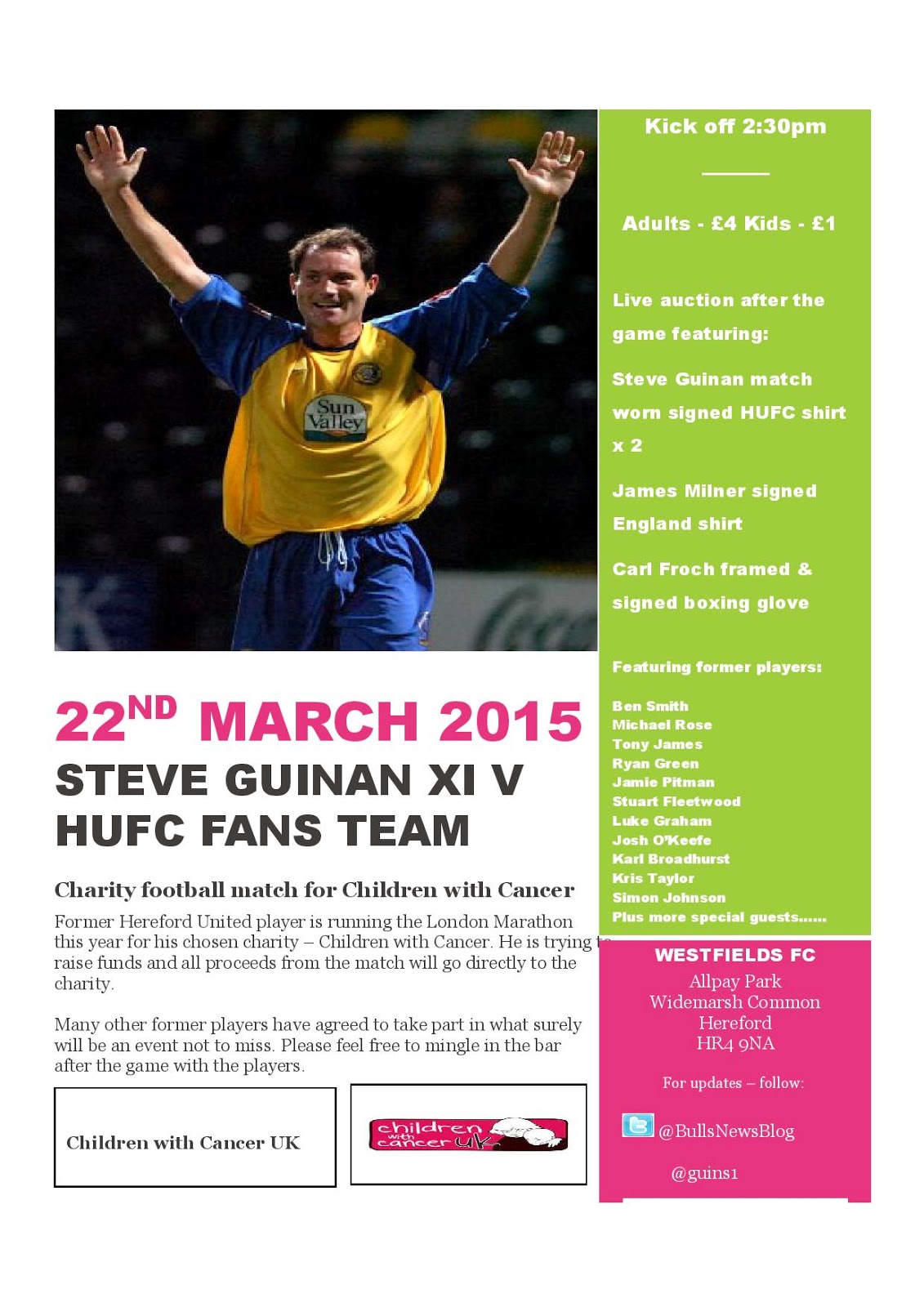